How to build Snow Castles

My father has learned the technique for building snow castles already as a kid, and he taught this knowledge to me. We used to build snow castles for almost every winter, sometimes up to 4 storeys high. We never used anything else besides the snow itself to reinforce the structure. When building the castle by connecting rooms built in the form of the igloos by Eskimos, after a night or two in freezing temperatures, the structure will be strong enough to be able to build a second (or even third) floor on top of the original igloos. The temperatures should be above freezing during the daytime, and then below freezing during the night, to be able to create snow castles. The weather has actually not been very good in recent years (either too warm or too cold), and also there are no more small kids in the neighborhood, so we haven't built any more snowcastles during the past few years. 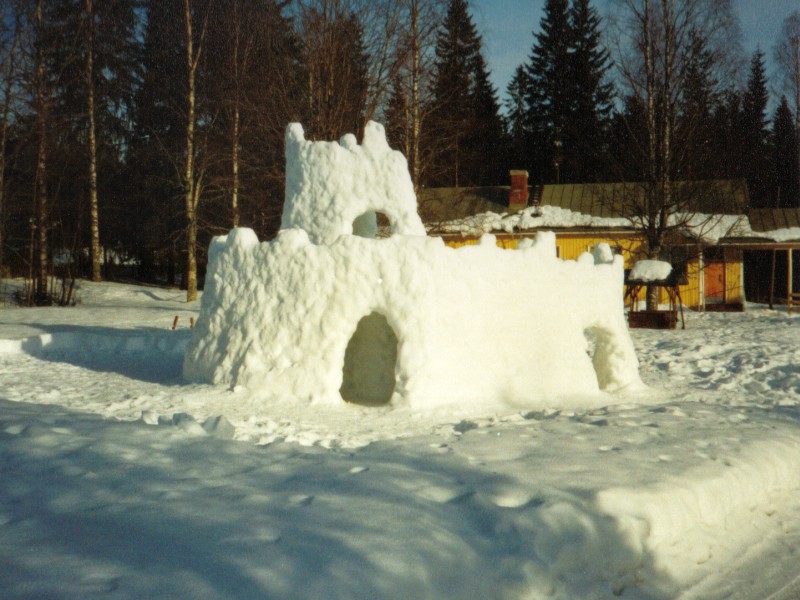 This is the last castle I have pictures of, and it was built in 2001. It had the first floor (dungeon) level, a courtyard on the second floor, and a staircase from the second floor courtyard to the third floor tower. 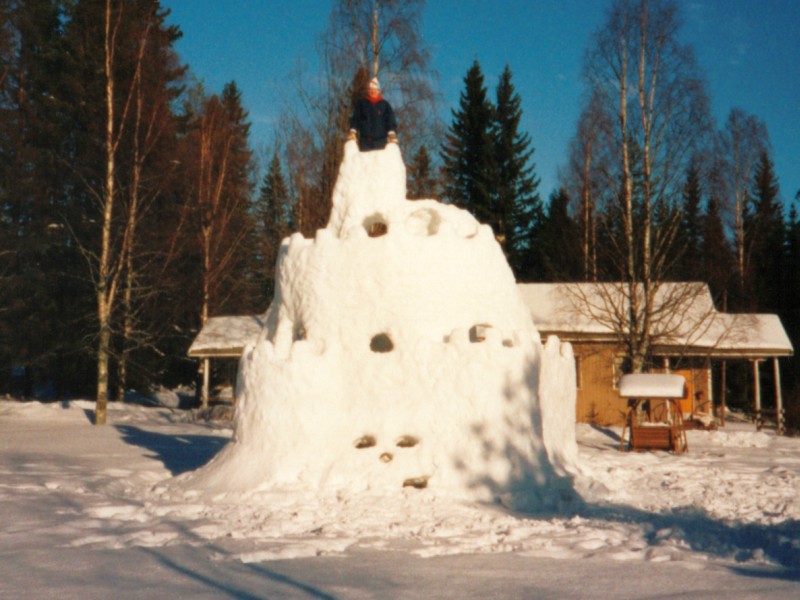 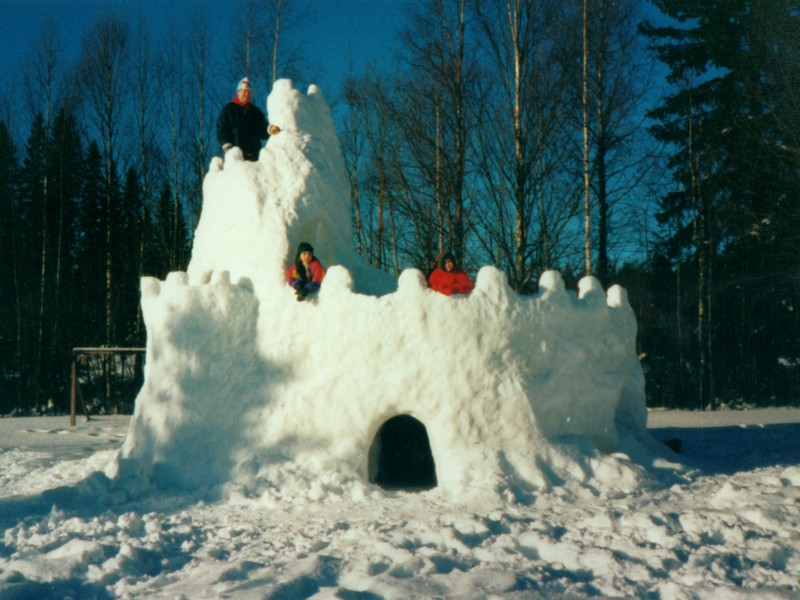 This is the highest castle we ever built, with 4 floors! In the first picture my father is standing on the fourth floor tower, in the second picture he is on the third floor with some neighborhood kids on the second floor courtyard. 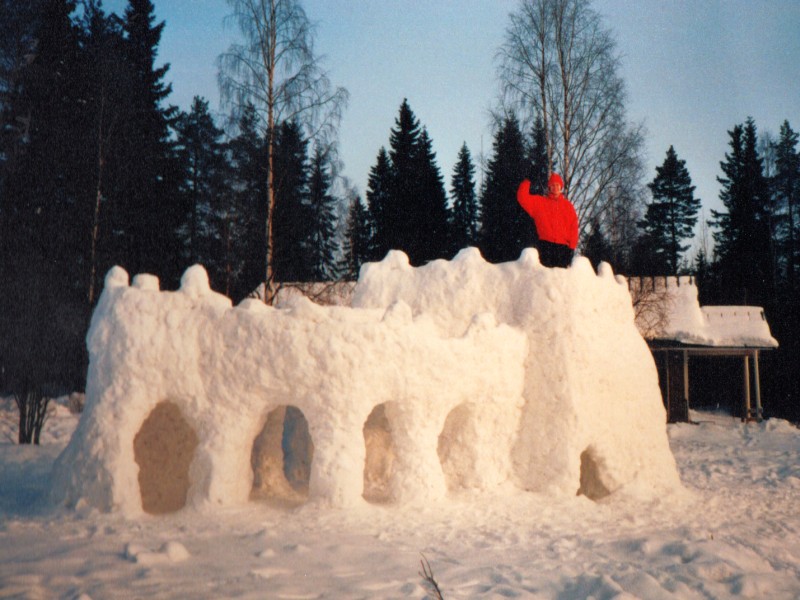 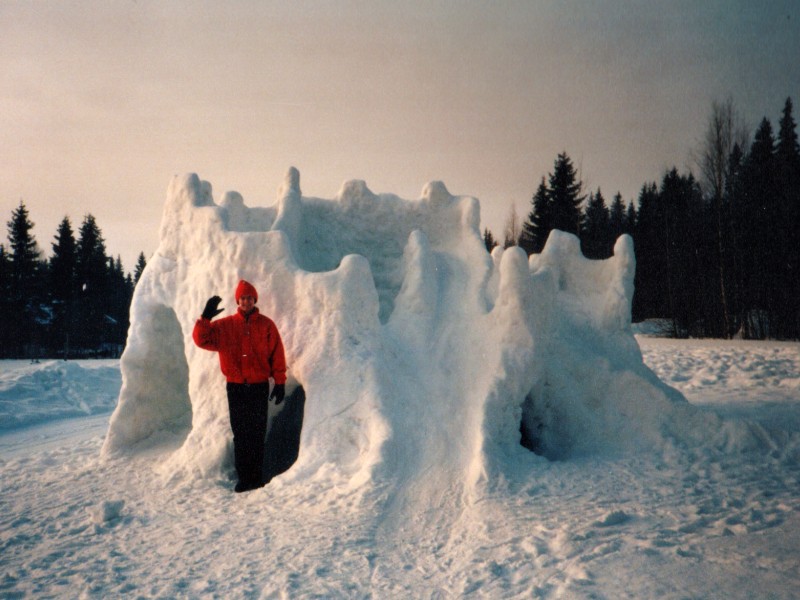 This in turn is the widest castle. It was "only" three stories high, but it had an extensive second floor "bridge" going half way around the actual castle. There was even a picture in our local newspaper about this castle we built! Oh, and that's me waving idiotically in the pictures. :-) 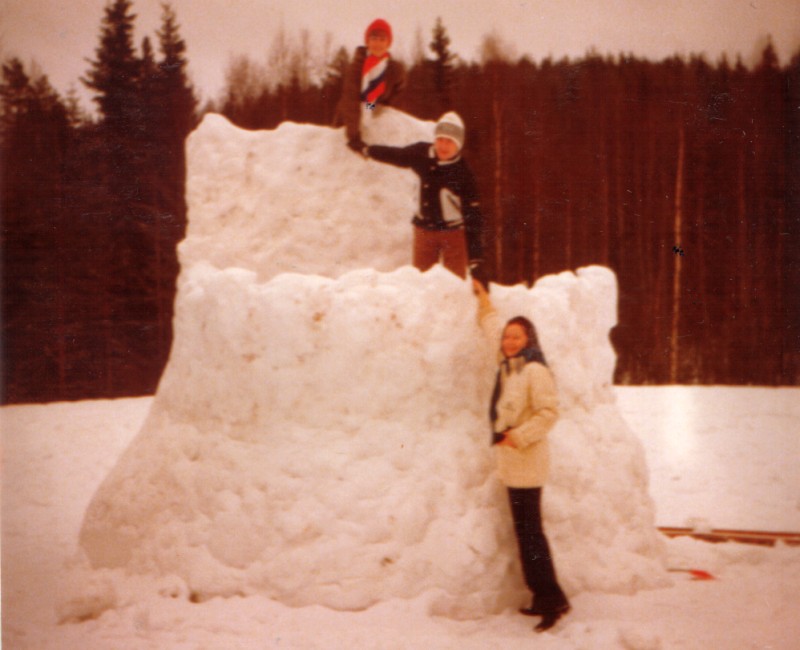 An old and faded photo of a snow castle we built in 1981. My sister on the top floor, me on the second floor, and my mother in the front. 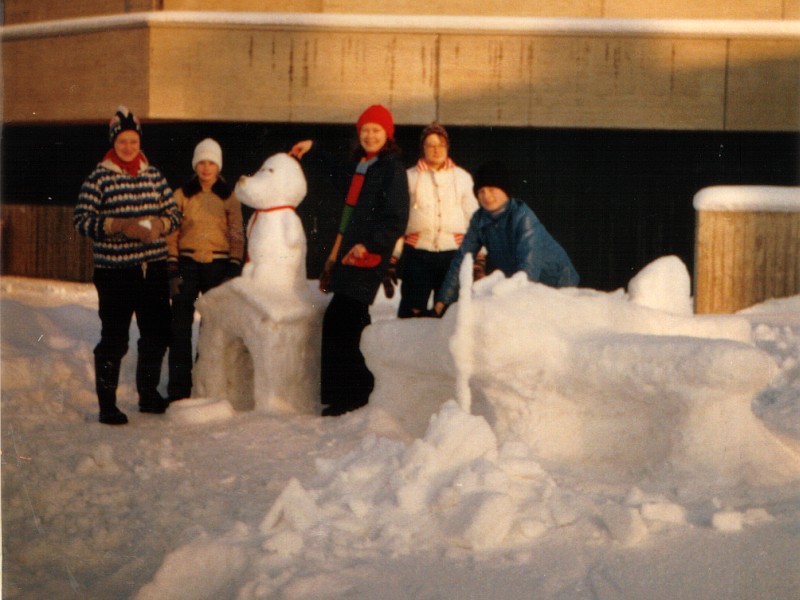 Well, not exactly a snow castle, but something to do with snow. :-) This was our entry (called "Snoopy and his plane") in the national snow sculpture competition we took part in 1980. We placed 6th! Our entry number was 19, so there were at least 19 participants. Pretty good, considering it was a nationwide event, and we only heard about the competition and decided to participate a few days before the actual competition! My father took the picture, and the rest of the team consisted of my sister, mother, cousin, and cousin's friend.