I got two complimentary tree seedlings from a department store in 1985, which I then planted in our yard. One of them did not start growing, but the other one did. The tree is a "Canadian pine", which is different to the pines we have natively here in Finland, but I am not sufficiently familiar with different types of pines to be able to say what the actual (or latin) name for this tree is. Our climate is pretty close to that of Canada, so it is not surprising that it manages to grow here.

It is nice to keep track of how much the tree has grown since last year, and thus here are some pictures of the tree from various years. This album section is ordered with the oldest image on top, as that makes more sense here than the opposite direction I have used in other photo album sections. 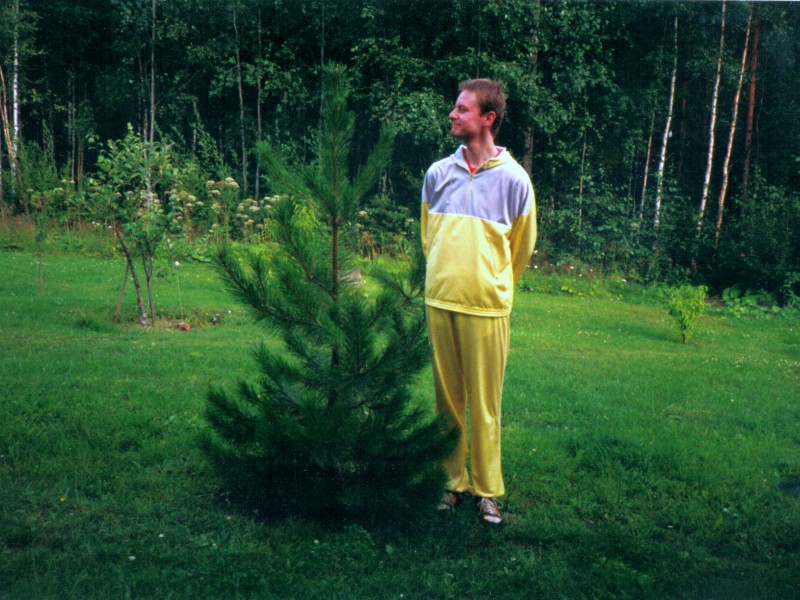 The proud tree-planter by his tree. :-) The tree is 7 years old, and is about as tall as me. 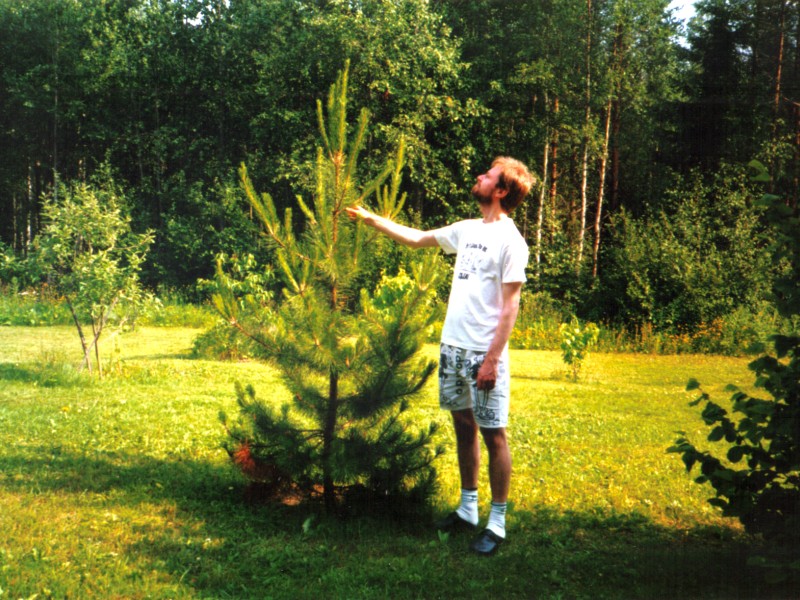 One year later, and the tree has grown almost half a metre. 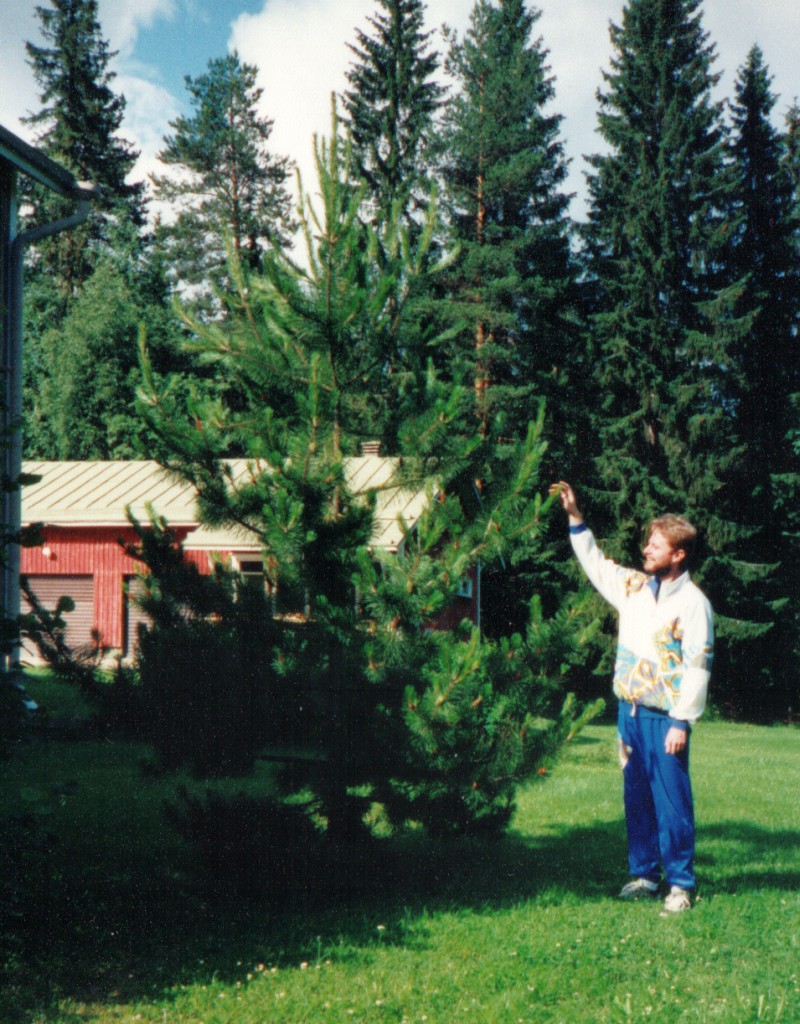 After three more years, and the tree is almost two meters taller than it was in the previous image. 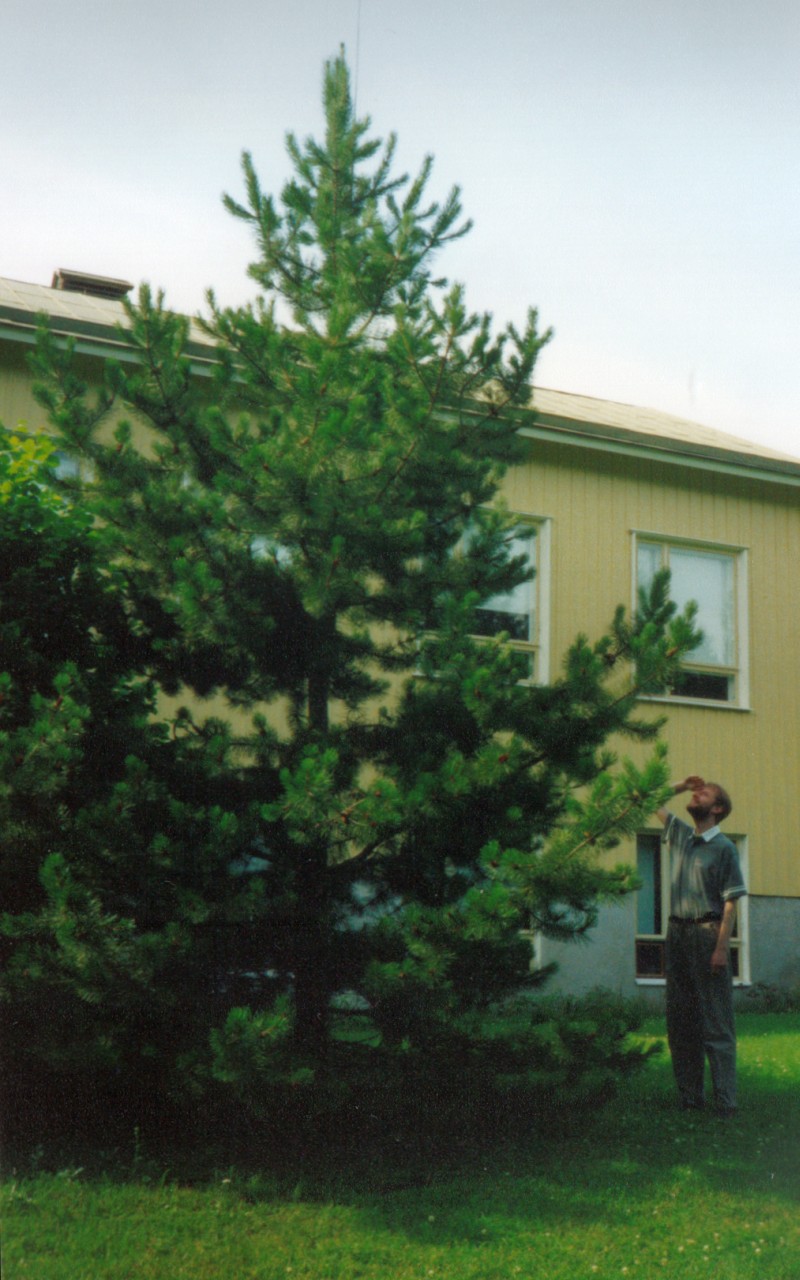 Now it really is a tree and not a seedling any more!