I took an introductory course in glider flying in August 1997. I had been interested in flying since I was a little kid (as I guess many boys are), but had not actually flown (or even been in) a small airplane before that. So, when a work colleague (who is a member of the local aviation club) told me they are organizing an introductory course in glider flying, I decided to participate, to finally find out what it feels like to fly a glider. 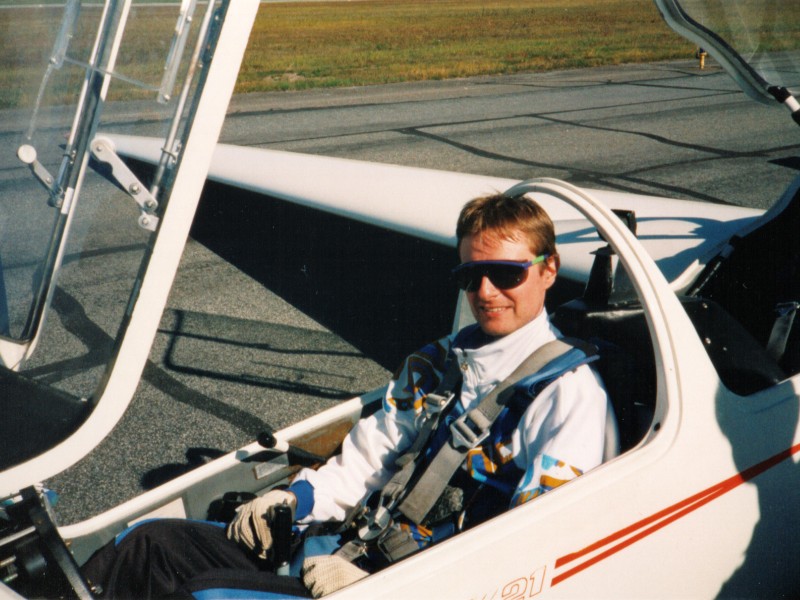 About to go up for the first time, feeling slightly nervous... 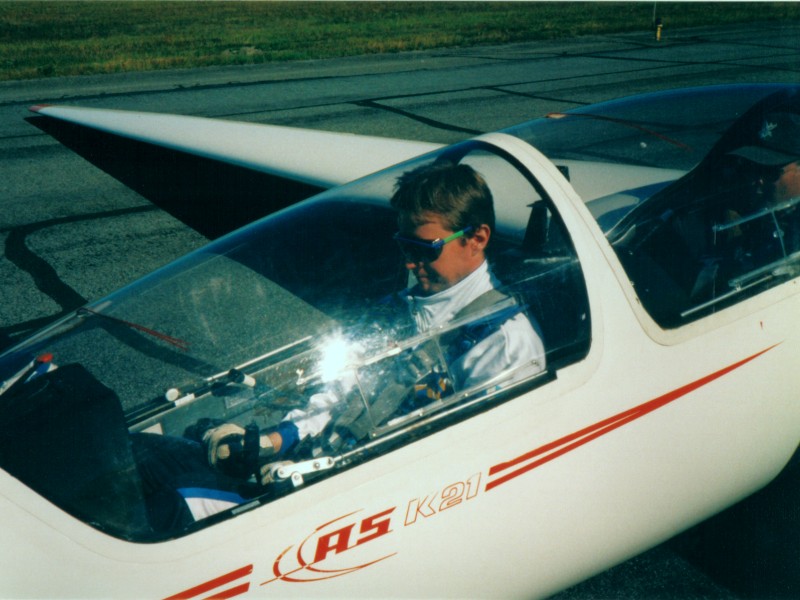 Pre-flight check of the controls, trying to remember everything the instructor says. The cockpit was a bit cramped for me, I had to hunker down and still my head touched the canopy. 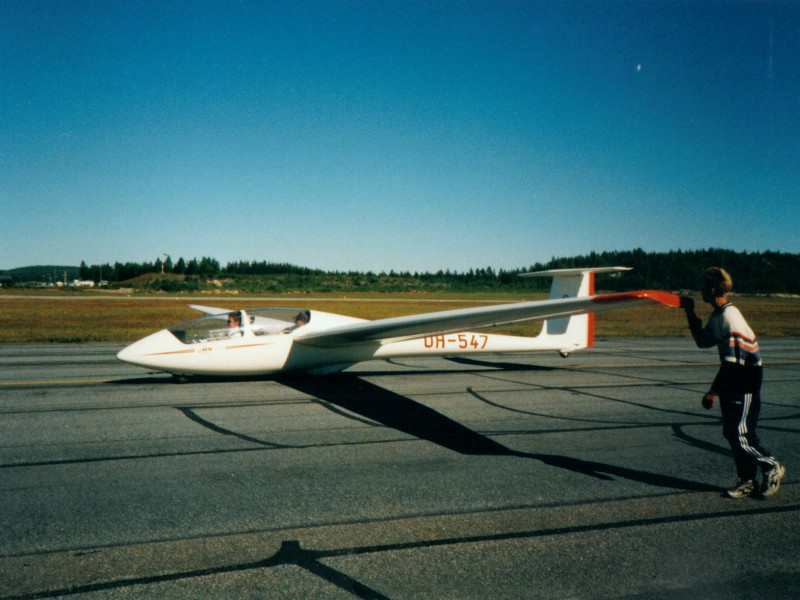 The towing is about to start. A teenager from the aviation club helped us by running beside the plane and keeping the wings level until we had reached sufficient speed so that the ailerons were effective enough for that task. 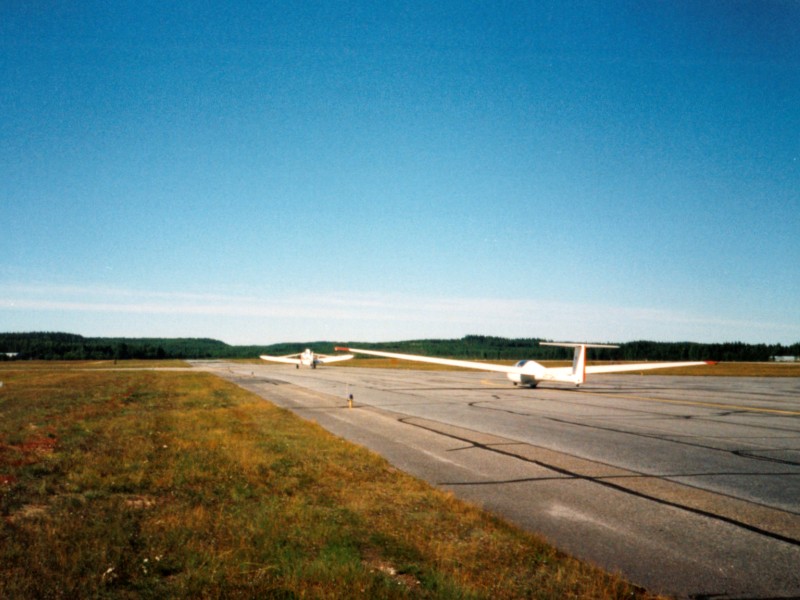 About to get airborne! We flew two flights each, with us students getting to control the plane while it was safely high enough.

I did not get bitten by the aviation bug, I felt that flying was more boring than I expected. I did not get any sense of freedom that many get from flying. This course was a good and cheap way to find that out, though!