The Hobby before the Computers

My main hobby before I got interested in computers was building all kinds of scale models. I got my first computer in 1982, and after that I pretty much stopped building the models, so all these pictures are from 1982 and before. My grandfather was actually a model maker by profession. His job was to build scale models of those large paper machines, before the computers and CAD/CAM systems made scale models obsolete in engineering. So, I think being interested in model building kind of runs in the family. 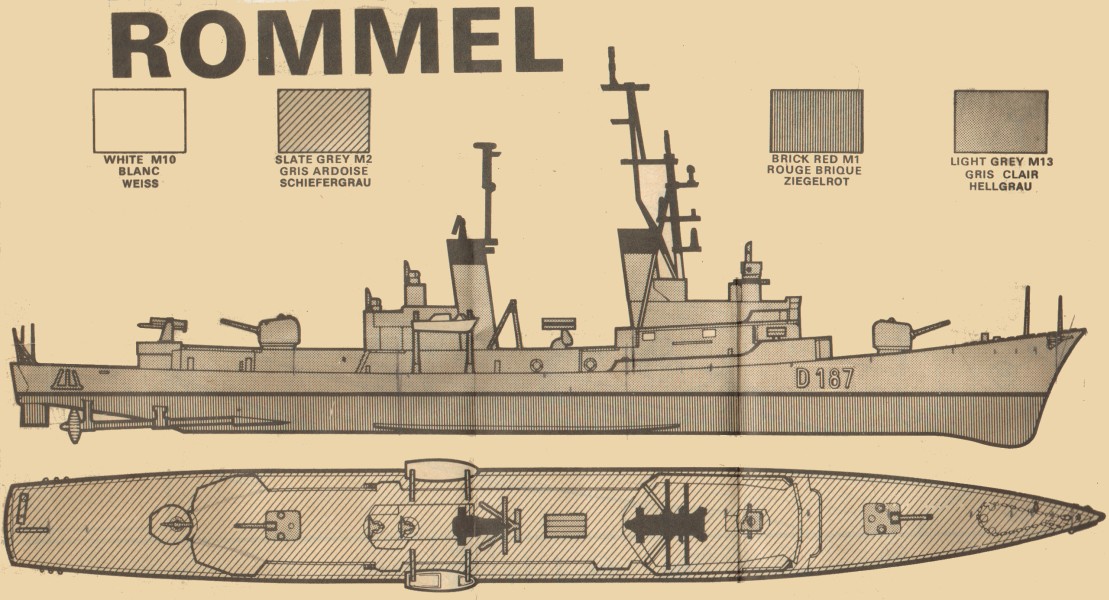 I had got an Airfix plastic scale model of the German destroyer D187 Rommel a few years before, and I had always thought that it was a very sleek looking vessel. In 1981 I then began building a 1:100 scale version of it. I had built the main structure from wood, but then I could not figure out what material to use for the hull plating, so I left that project resting for a while.

In the spring of 1982 I then wanted to continue it, as I had got a radio control system the previous Christmas, and I also had a 12 volt 6Ah lead battery that I could use in it. I think it was my father who gave me the idea to use very thin plywood as the hull plating, as that could perhaps be bent enough to create those smooth round shapes. I also got a tip from my grandfather about using plastic coating over the plywood to make the hull plating watertight. So, my father purchased some 1mm thin plywood for me, and I continued working on this model. 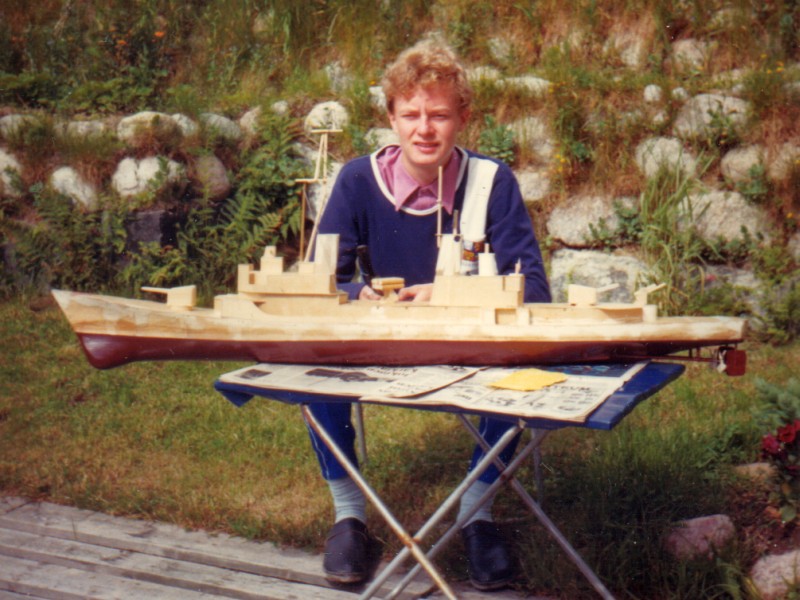 The above picture was taken on the 26th of June 1982, after I had tested the balance of the ship in a small pond. Since the scale is 1:100 and the original ship weighs 4,460 tons, my scale model should weigh 4,460 grams to swim as deep in the water as the original. The lead battery weighs a bit less than 4 kilograms, so I had to add some ballast inside the ship to make it swim correctly. I had already painted the bottom (to see where the waterline should be when testing the ship), but the upper structures still show the plywood with some filling material that I have been sanding away to make those round shapes. 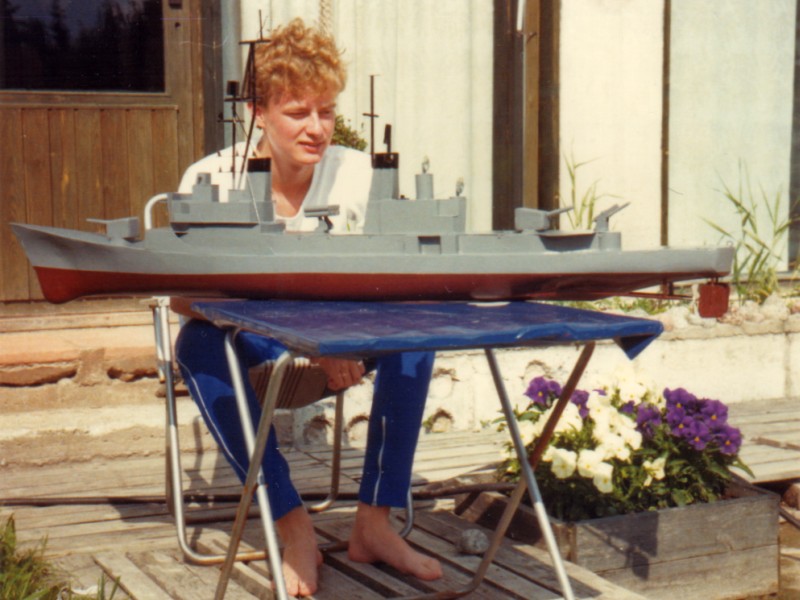 On the 2nd of July 1982 the ship began to look pretty good already. We were about to go to our island cottage the next week, so I had just managed to make the ship ready in time for our trip. 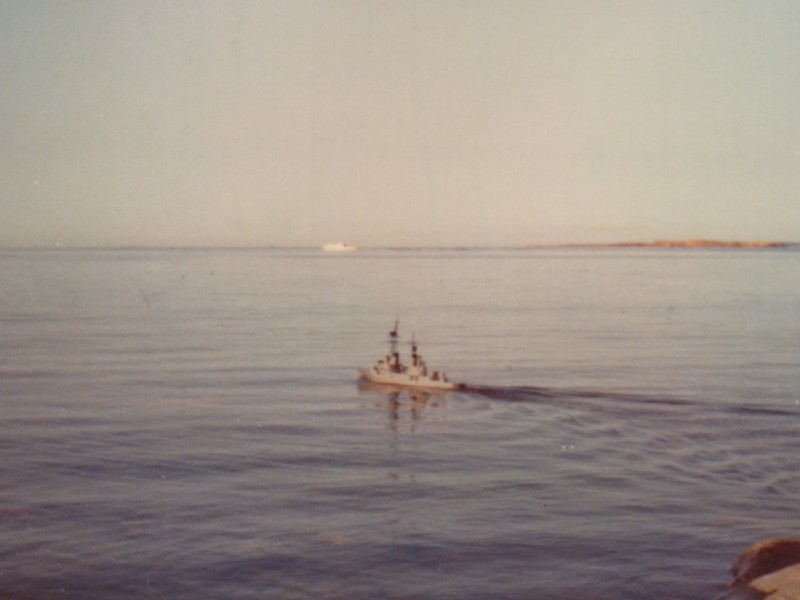 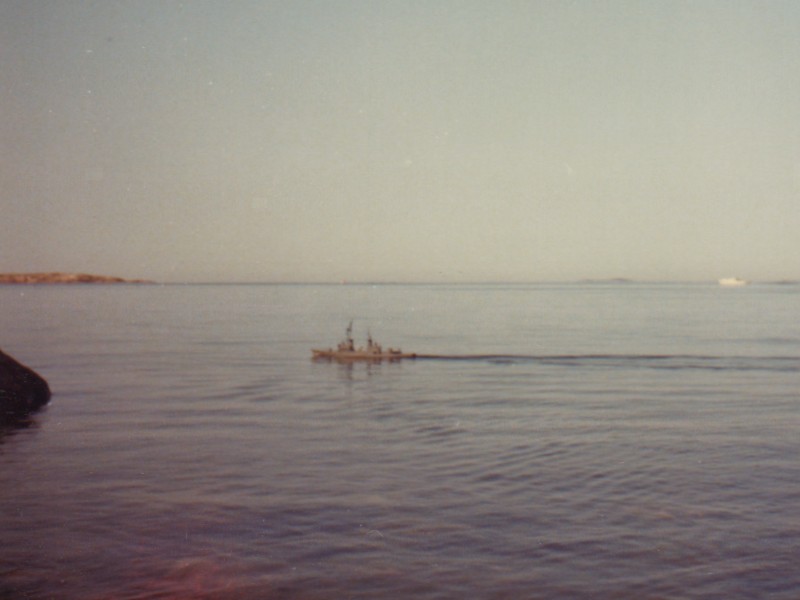 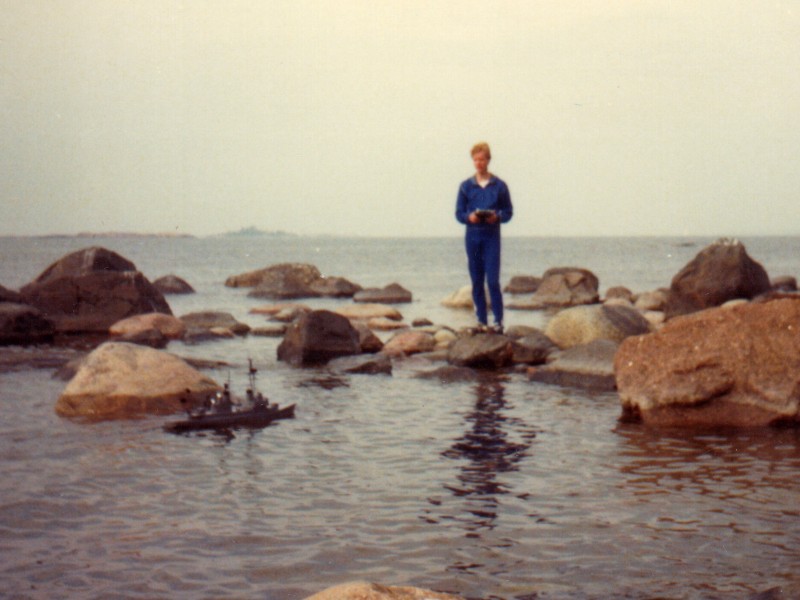 ... until the ship reaches the home port safely. Actually, the single electric motor that turned both the propellers had a tendency to overheat, and also the gears I used to drive the two propeller shafts often began skipping, so driving for long distances was not possible. I should have used two motors to drive the two propellers, but electric motors were pretty expensive at the time so I thought I will get by with just one motor. 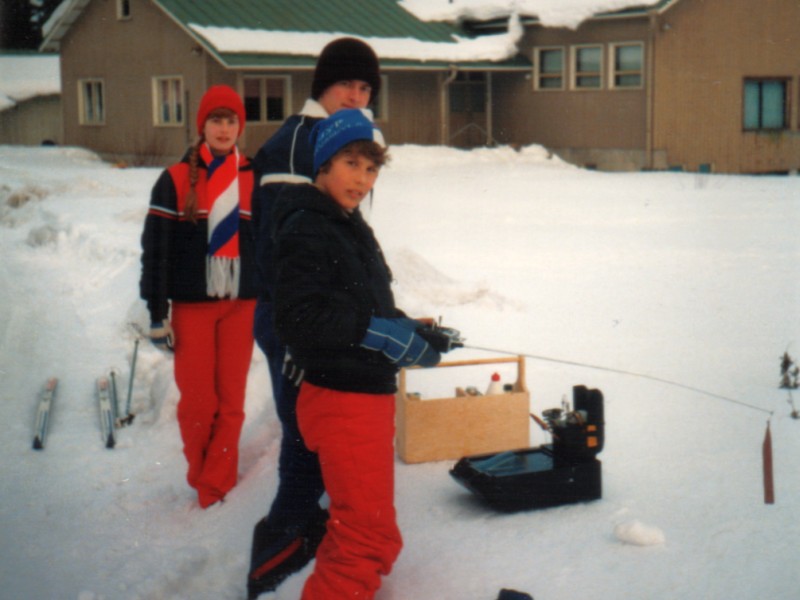 I had got a Futaba 4-channel radio control system as an early Christmas present in December 1981, and I then purchased a small RC model engine and built an airboat (or fanboat, or hydrocopter) around those in the beginning of 1982. That's my sister in the back and a friend from the neighbourhood in the front, testing the radio control system. It was a pain to get the engine running, but when it eventually did start up, the machine was pretty fast! The body was made of styrofoam covered with a thin plastic sheet, so it was pretty slick when going over the snow. Hard to steer accurately, though, but I believe that is a problem in real airboats as well! 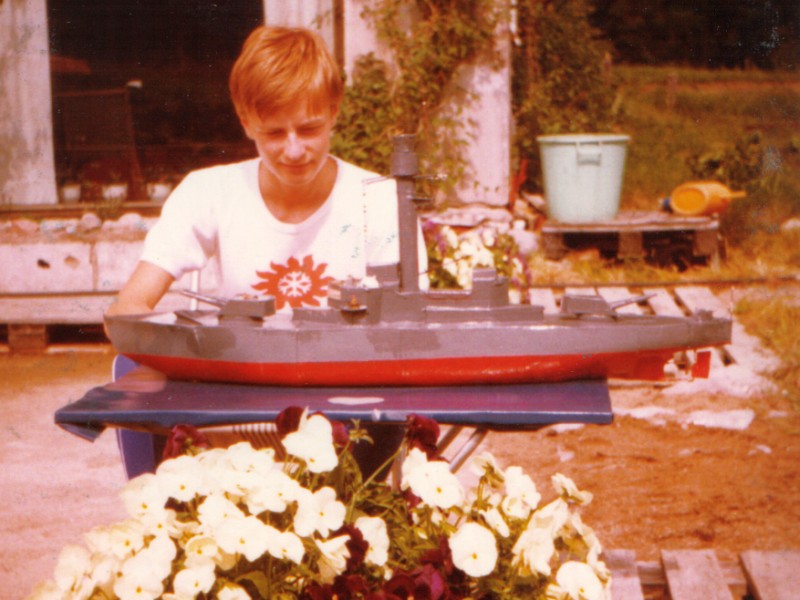 In the summer of 1981 I built a model of the wartime Finnish coastal defence ship Väinämöinen. The skeleton was made from cardboard, and the hull plating from some carpet material with duct tape to bind the carpet strips together. The end result was almost, but sadly not quite, waterproof. 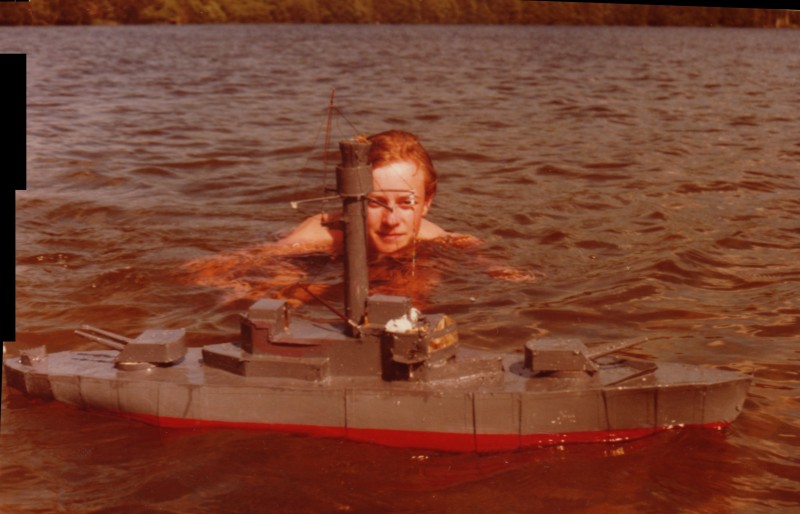 Swimming with the Väinämöinen in a nearby lake. Or, a giant sea monster attacking the ship. :-) 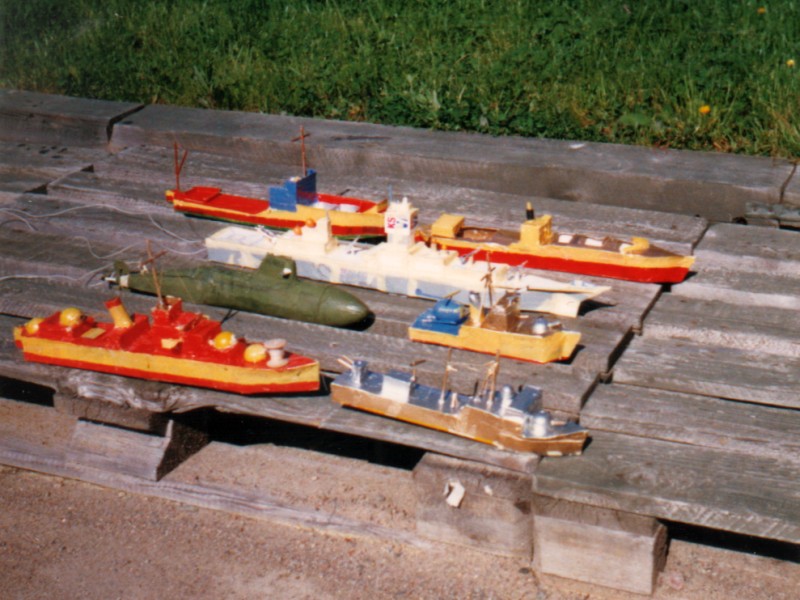 In 1979 I built a whole fleet of ships, in preparation for the trip to the island cottage. There were 5 navy vessels, including a submarine, and two merchant vessels. The main material I used was cardboard from the milk cartons, together with duct tape. It was the most versatile and abundant material combination available for all sorts of building projects. :-) 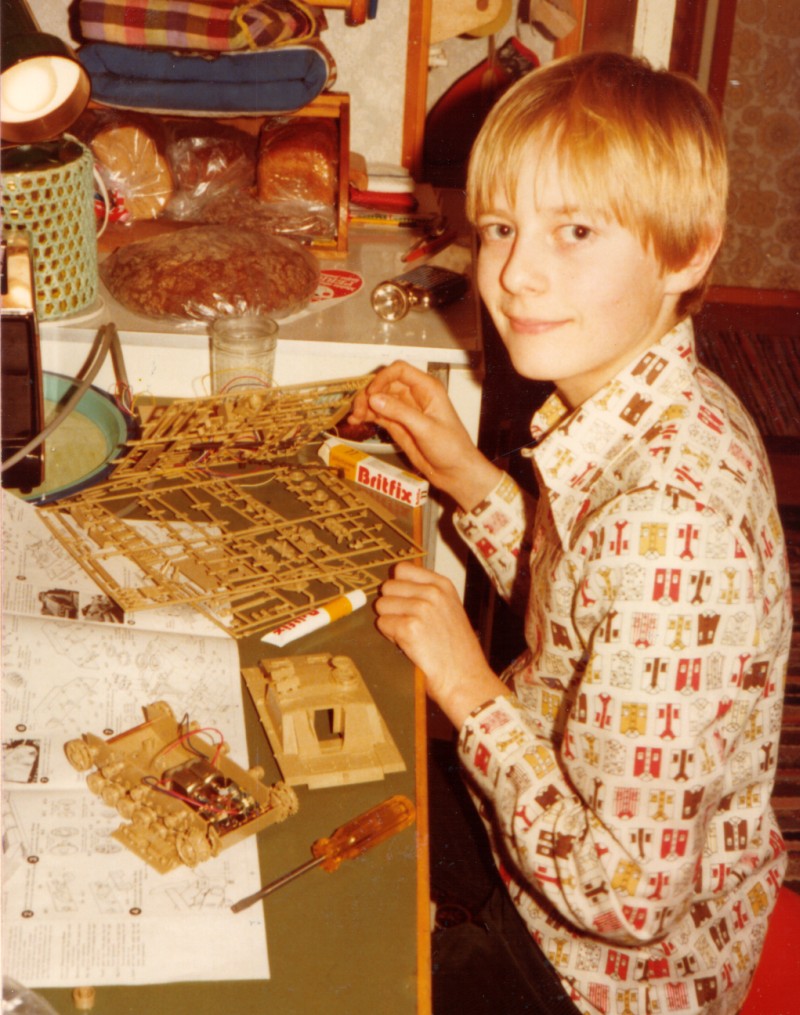 Here I am building a motorized tank model set, on a Christmas day morning in 1979 at our grandparent's kitchen. I had got this model as a present, so I could not wait to start building it. :-)